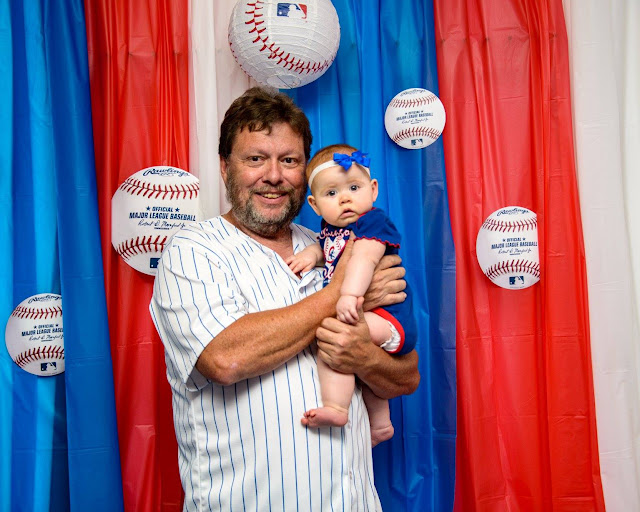 That's right, Santa is 60!  Here he is with little March-Mallow!  It's hard to believe I have been around for the 40th Birthday funeral, the 50th Birthday Heaven or Hell, and now the 60th Birthday Chicago Bash! 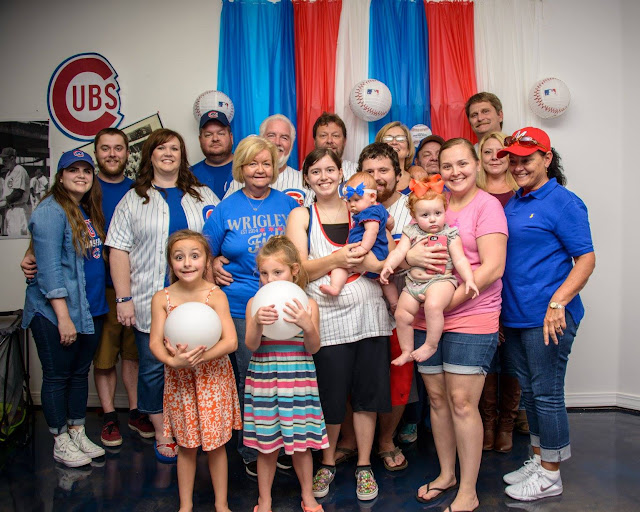 Some of our family was at the party, LOL!  Kisses and Skittles, Itty Bitty and Little Bit in the front, Reese's and MarchMallow and Toby behind them.  Bit O Honey holding Honees with the orange bow.  And the rest are extended family! 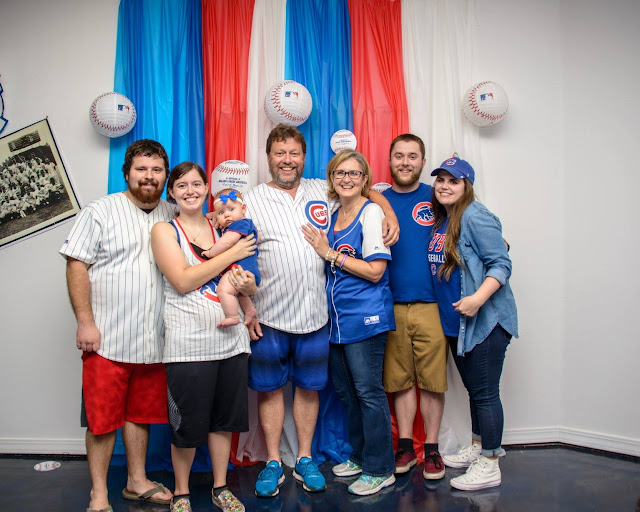 Santa being from Chicago originally, we are Cubs fans even way down here in the south. So naturally the birthday party was a Cubs theme.  Here we are Toby, Reese's, and MarchMallow, Santa and Mrs. Claus (me).  Skittles and Kisses! 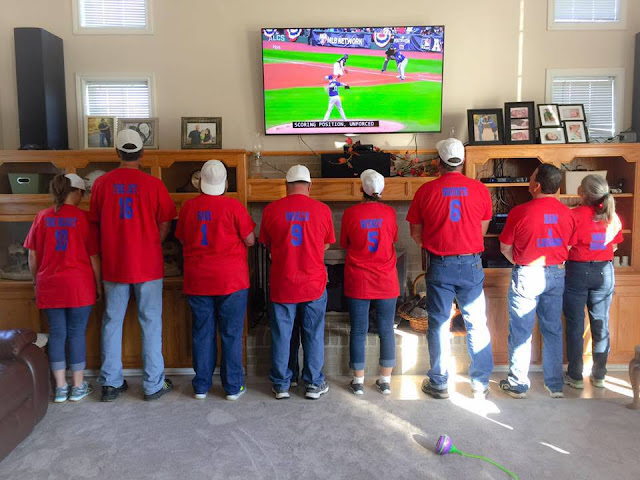 Our great (and hilarious friends) had shirts made that spelled out his birthday. 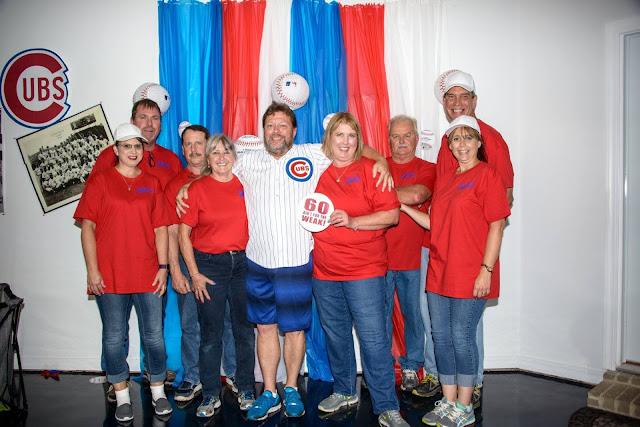 We just love them! 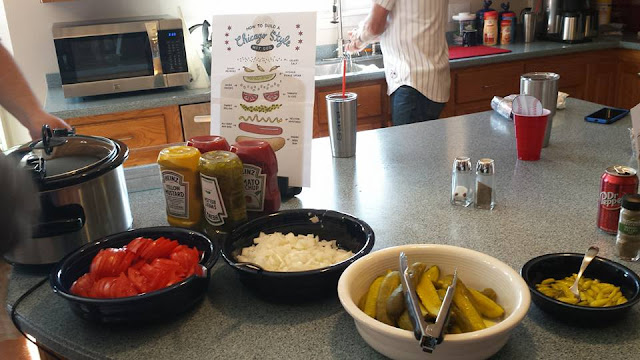 We had a great time visiting with everyone!  There was some great food! 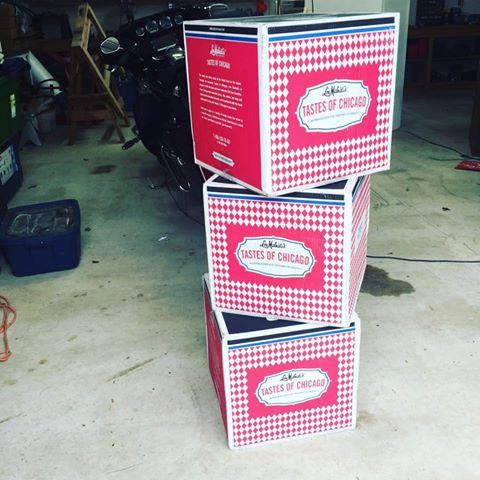 We had Chicago style hot dogs and Lou Malnati's deep dish Chicago pizza (shipped all the way from Chicago in dry ice)! 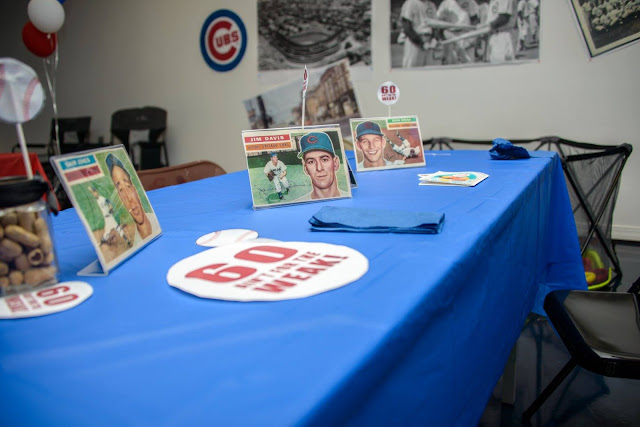 The tables were decorated with peanuts and sunflower seed centerpieces along with baseball cards from the 1956 Cubs baseball team. 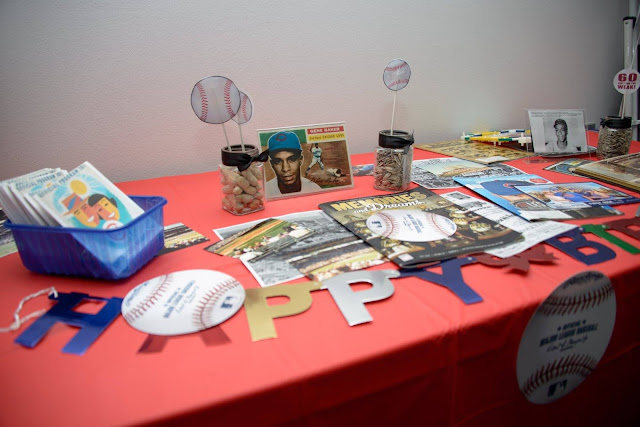 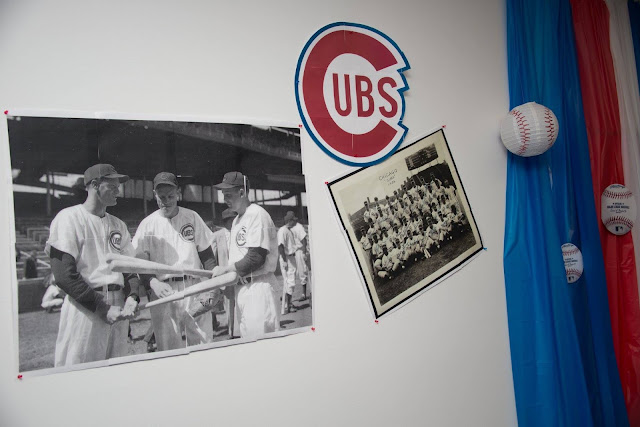 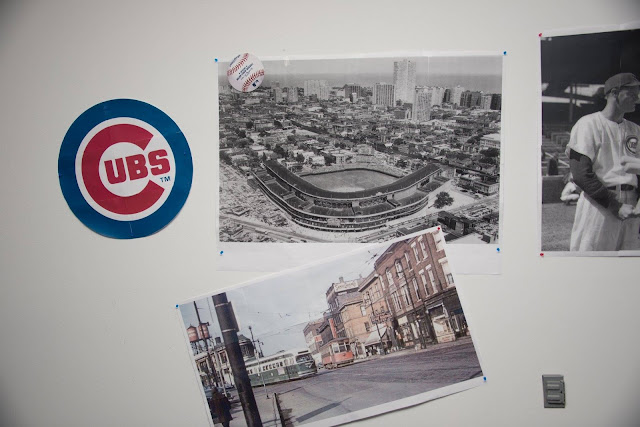 Wrigley field from 1956 and the street where Santa lived around that same time. 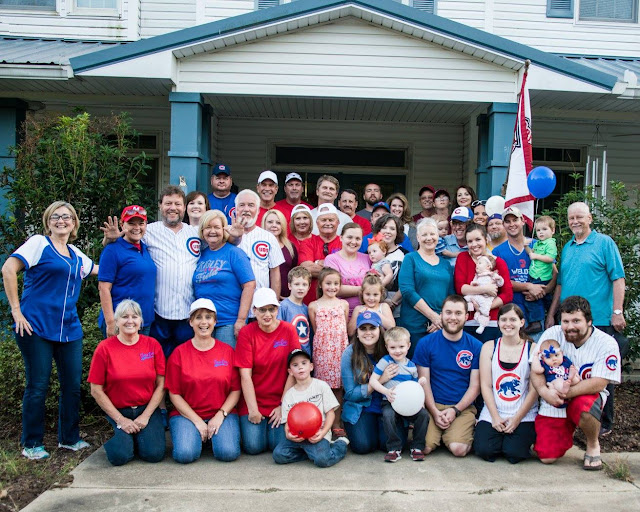 We had such a great time and we actually got a group photo . . . even though some people didn't get in the picture because they came late I think we counted almost 60 people! 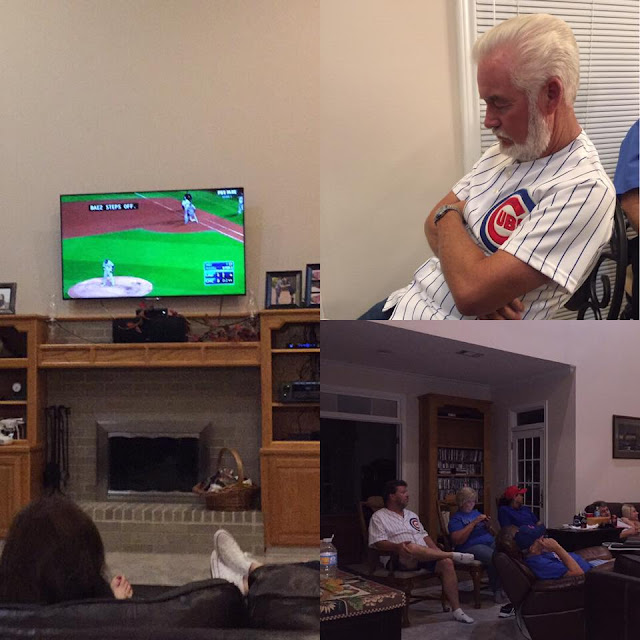 After the party some stayed to watch the Cubs win (while some slept LOL)!  A great hit!

All images are copyrighted and the property of like Christmas every day.