What is Starbucks making now? 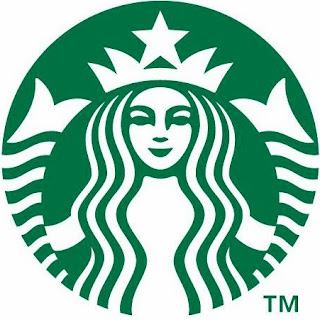 What is Starbucks making?  A new scone?  Or perhaps something more sinister . . .like making people LGBT!  (*cue the shocked gasps from the crowd*)

So while trying to decide whom to vote for among such wonderful Presidential candidates this year (*said sarcastically, of course*) I find myself once again puzzled by the LGBT, shall we say demographic?  I posted some time ago about a company who embraces gay marriage in my blog post, "Dump Starbucks - Why dump Starbucks?".  I would like to apologize for giving you false information.  Mr. Schultz did not say if you are for traditional marriage you should buy stock elsewhere.  (Or if he did I couldn't find it on the internet.)

Subsequently, I have discovered this video of  Mr. Schultz's actual speech.  You can click it to hear the words from the horse's mouth directly.  He did not say if you support traditional marriage to buy your stock elsewhere, he only says if you can find a stock that earned more than the 38% Starbucks earned you are free to buy your stock elsewhere.  So I apologize for posting incorrectly about this company  . . . who I still won't buy an $8.00 coffee from.

My concern is not about the validity of the internet, which we all know to be flawed.  Including my information back some time ago about this company. My concern is with the rampant LGBT movement which is still world-wide only 5% of the population. (According to Wikipedia only 3.8% of Americans identify as LGBT, see article.  Gallup also suggest we as Americans overestimate how many of us are LGBT as at least 25% of people, see article.  Most reports are proving less than 5% of the world's population, men and women combined, are LGBT.)

But now that many television programs and movies include some type of LGBT relationship and/or reference I am confused as to where this is all coming from, being that the market for such media is very  . . . . VERY  . . . limited.

In an effort to, again, not offend anyone we have perpetuated a lifestyle that clearly only a small percentage of the world participates in or perhaps it is confined to southern California where many television programs originate.

So let's give Starbucks a lot of leeway here and say that 15% of their employees are LGBT that would be 30,000 people in their company, when in all actuality it may be closer to 5,000 people.  Maybe a marked more than 30,000 people employed by Starbucks are LGBT, I don't have that statistic.  Which could simply mean that Starbucks attracts LGBT people as employees because of their advertised acceptance or  . . . . it could mean that people are "turning" LGBT after drinking Starbucks coffee.  I'm just sayin'.

Have a great day . . . . and try not to take things you read on the internet TOO seriously, like I did.