How did this even happen? 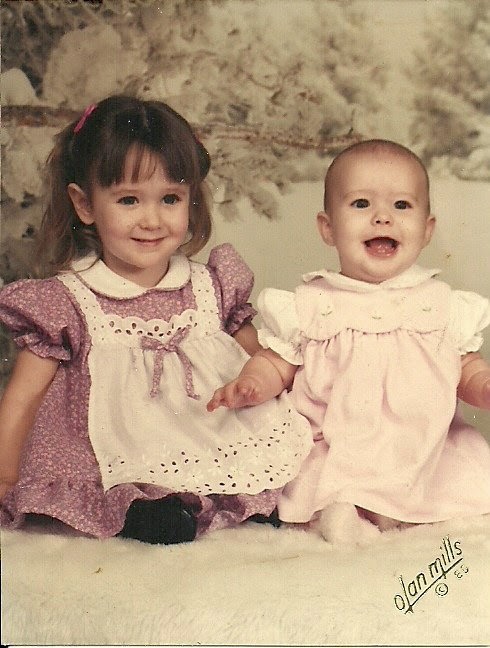 Today is Lollipop's 30 birthday!  I don't know if I posted the story of when Lollipop was born, but here you go.  SPOILER ALERT - Embarrassing birth story coming up!

When Lollipop's dad and I got married we moved to Fort Hood, Texas the VERY NEXT DAY!  After a 6 month stint there he was shipped out to Germany for a year.  By the time he got his orders I was pregnant, and when he actually left I was 6 months along.  Back then they didn't let pregnant women fly without their doctor's permission.  I almost had to have little Lollipop in the states by myself.  But it worked out so I could fly to Germany in January or February before she was born in April.

When the time was getting closer my husband told me I didn't need to wait too long because the hospital was about an hour away from where we lived in our German apartment.  I would have to use a pay phone to get a message to him so he could come and pick me up to go to the hospital. The base was 30 minutes away from our apartment. I have no transportation of my own, so if something happens too quickly I will be stuck. The morning of the 22nd I woke up and felt okay, but different.  My water didn't break, but there was something happening and I was scared to wait too long not knowing how long it would take.  I went down the 4 flights of stairs to the street and then 3 blocks to the pay phone to call and leave word that he might want to come home.  It wasn't serious yet but it was going to be today.

A couple of hours later, it sounded like a herd of elephants was coming up the 4 flights of stairs, but it was just Lollipop's dad completely out of breath.  I don't even know if he jumped up those stairs or ran he was so excited.

THIRTY-SIX HOURS and several shifts of German nurses later, teenie little Lollipop was born.  I remember when they wheeled me to the delivery room I was saying, "I changed my mind, I changed my mind I don't want to have a baby."  The nurses laughed and said I'm sorry but it's a little late for that now.

It was dark in the hospital room and I remember just staring at her most of the night thinking, "She looks like an angel."   So little Lollipop was born in Germany and no one in our family got to see her until she was almost 10 months old.  She was so used to riding on buses and street cars that she didn't understand the whole car seat thing and she really had a hard time with it once we got back to the states. 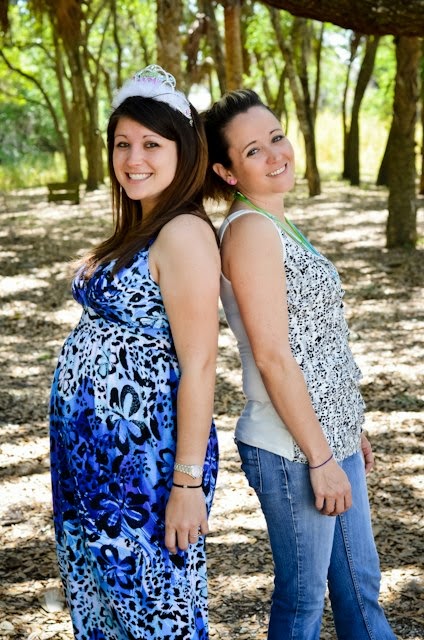 Fun huh?  I am sad that I don't have more pictures of them by themselves.  But I normally see them at the same time, since I don't get to Florida that often.

But in just 2 short days we will be leaving to go visit them for a week!  It will be a lot of fun!