So . . .  while no one was looking THIRTY years went by after we graduated from high school.  How did that even happen?

I am going to be brutally honest with you I wasn't looking forward to this reunion.  I debated with myself if I would even go.  I didn't know if any of the people I hung out with were even going to come this time.  But mostly because I really needed to see my mom.  As you all know, my mom was unable to come to the wedding last year.  And this year, she went to Florida to meet Tootsie Roll, the newest grandson, after I had already gone back home.  It just seemed like we kept missing each other and I knew it would make her happy if I came.  The reunion was just an after thought really.

Then one of our classmates had sent me a message on facebook that she wouldn't be able to attend the reunion because her mother was very ill, and would I video tape the reunion so those who couldn't be there could see.  I told her I was a horrible videographer but that I would check with the people in charge and see if they needed a photographer and I would be happy to share the photos.  That's how I got the job of reunion photographer.  So this confirmed my decision. 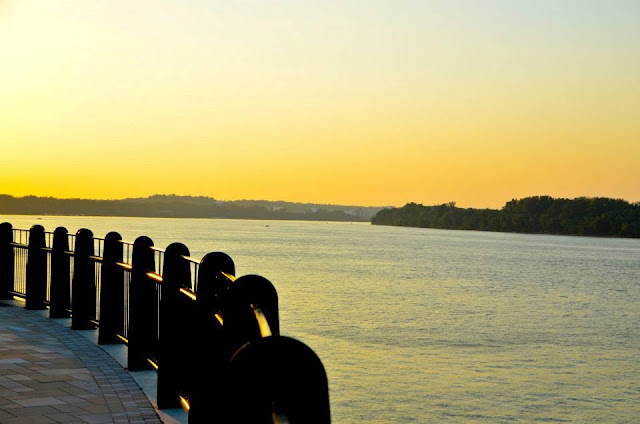 (Sunset on the Ohio River)

Twenty years had gone by since the last time I was in my hometown of Owensboro, Kentucky. Everything was so different it was like going to a strange place I had never been to before.  Good thing Santa was driving and had GPS, LOL!  We were at the 10 year class reunion but as one of my classmates so eloquently put it in her blog (check it out), not enough time has gone by after only 10 years.

One thing that happened at the reunion was Santa finally got confirmation from a couple of classmates that his wife really was shy and quiet in high school.  I had been trying to explain to him that the "hot mess" he is currently married to did not show up for years after high school was over.  LOL!

All of us change at least a little after high school, but especially after 30 years.  So many talented people in our class.  Some of them provided the night's entertainment for the reunion. 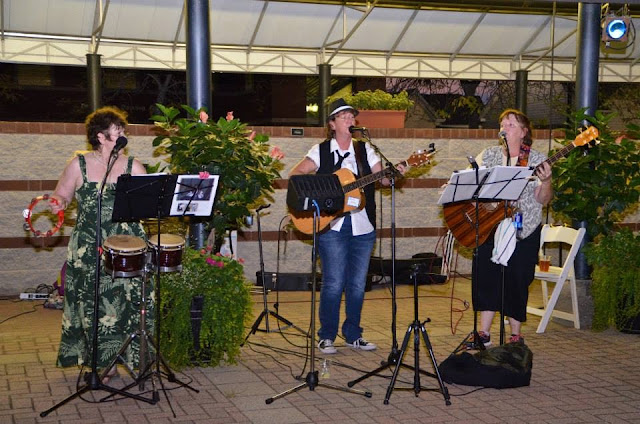 "Just Us" featuring our classmate in the center.  In 90+ degree heat no less. Great job girls!! 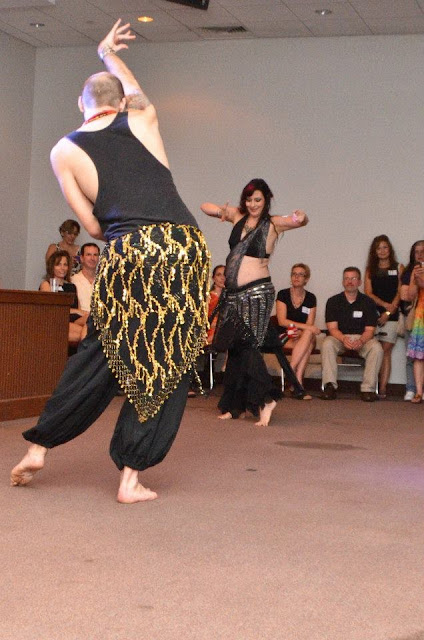 Then we were further entertained by our classmate and her male dance partner with belly dancing.  She even convinced some of us to join in with her.  Luckily, I was behind the camera LOL! 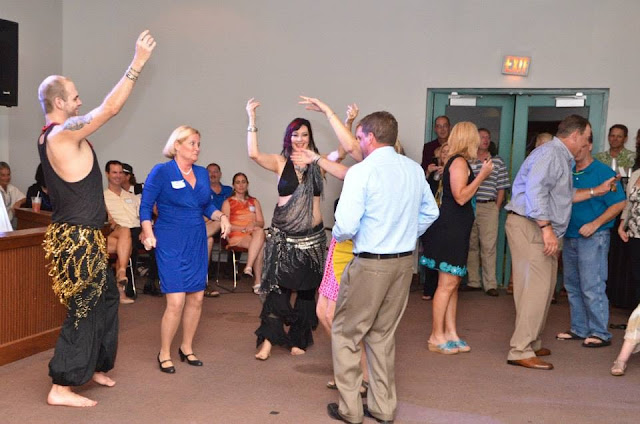 Look how fun!  I never really imagined I would have so much fun taking pictures at the reunion, but I seriously did.

Just as Katherine wrote in her blog post, I too debated over what to wear,  Do I want heels or flats?  Do I want to wear a dress or pants?  Then I decided, comfy dress and flat flip-flops.  I told myself I was too old to get all "bunched up" about this reunion.  I wasn't interested in impressing anyone at this reunion.  There weren't any old flames to make jealous or ancient ex-girlfriends to intimidate.  No left over high school drama to re-live.  There were only people who I sincerely hoped would be there that I could see and catch up with even if only for a few short hours.  Besides the fact that the main purpose of making the 10 hour drive was to see my mom. 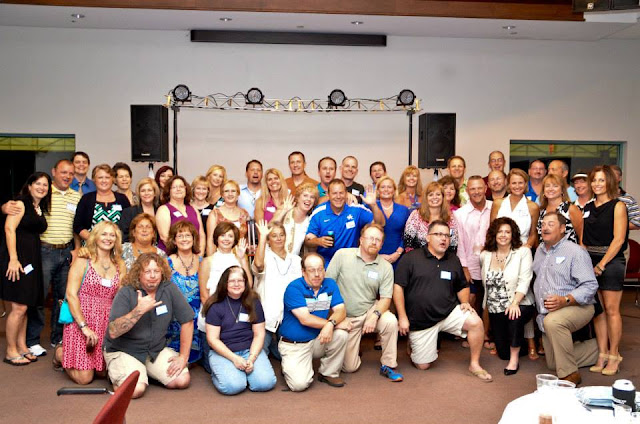 Here are some of the smiling people that were at the reunion.  Not all of them are in this picture, because some of them had to leave earlier.  (I am in the black dress on the far left side.)  Pretty great bunch of classmates.  Look at all these wonderful people, smiling at the crazy people lined up on the back wall with cameras!  I have to give credit to Santa for taking this photo, nice job honey!

When you graduate with over 300 people, it's hard to be friends with ALL of them.  I remember most fondly the time I spent in middle school and in band more than the years of high school.  Many of the people at this reunion were those same people from middle school and I was glad to see and catch up with some of them.  Wish there had been more time.  Here is a group shot from middle school band AND you are welcome! 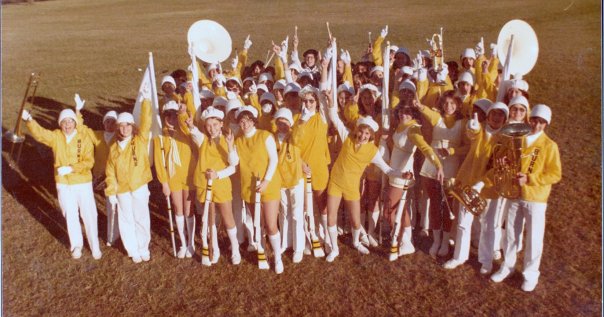 After the reunion I got to visit with A BUNCH of my family! 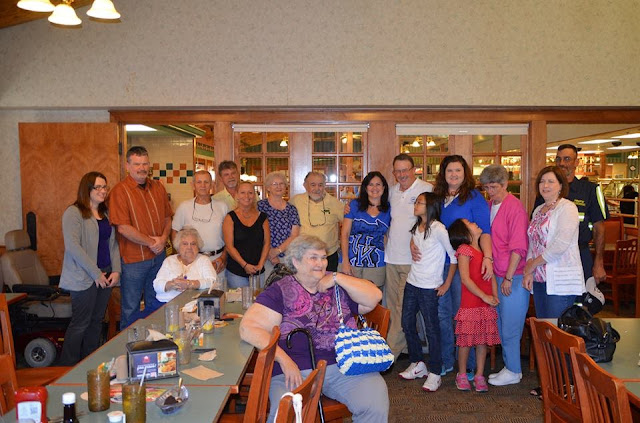 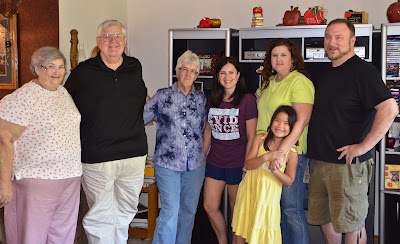 I don't know how your reunions go, but I had a super-fabulous time at mine.  Love all you guys!

P.S. Starburst is still pregnant as of this post . . . but any day now we will have great grandson #2!  Keep checking back for updates and his big debut!!