Well, in all the excitement and chaos of the past couple of weeks I forgot to tell you about my trip to Little Rock.

I went with Santa and our marketing director to our annual trade show.  My intention (as always) is to avoid standing in the booth if at all possible.  This year was kind of a weird one, because it was in Little Rock which is only a couple of hours drive from our house.  All the years we have gone it has been in Las Vegas, Atlanta, Dallas, New Orleans but none as close as Little Rock.

We stayed at the famous Peabody Hotel. 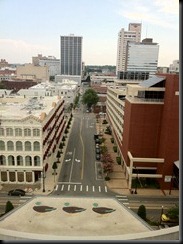 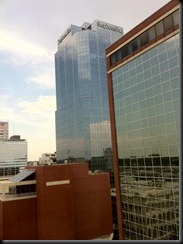 Where they have the ducks, that ride down in the elevator and swim in the hotel lobby fountain.  . . . maybe you aren’t familiar with this phenomenon, but they are kind of a big deal in Little Rock (and Memphis). 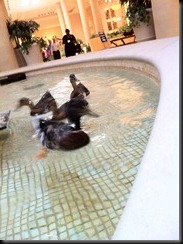 I didn’t get too many pictures of the ducks because they would swim away if I turned on my flash, so these are some taken with my iPhone.

Apparently, the ducks take priority over having a swimming pool, because I looked all over that hotel and never found one.  My plan was to go to the events and then relax by the pool until the exhibit hall was closed, but I ended up spending all day in the exhibit hall with our crew.  Okay not all day, but that I will save for another post.

We also went to the Clinton Presidential Library.  Never been there, drove past lots of times, but never went inside until now.  From the interstate it always looked like a huge mobile home. 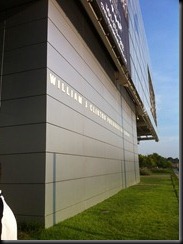 But once you get inside, you can tell that it is very nice.  There is construction going on all around it.  They are building a walkway under a railroad bridge that crosses the river. 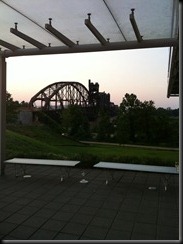 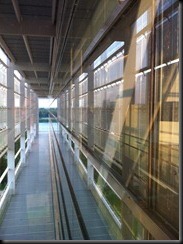 The long glass walls are filled with official documents and gifts given to the couple while Clinton was in office.  There is a place setting of White House china in one display area.  So many photos and even a baby bracelet from when President Clinton was born. 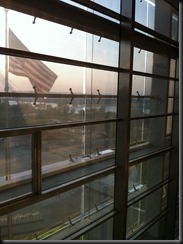 Along with all the memorabilia, there is a replica of the Oval Office the way it was when Clinton was in office. 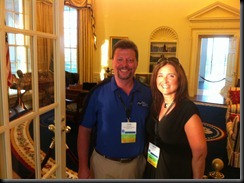 The security guard was nice enough to take Santa’s and my picture standing in the Oval Office. 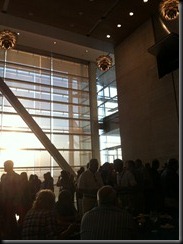 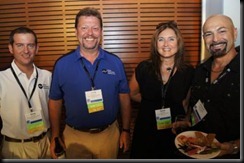 Of course, there was a reception in the lower 2 levels, that was the real reason we were there.  This is our crew with one of our customers. 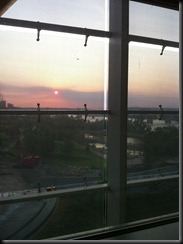 The sunset from inside the library.

I snapped some more pictures from outside after we left. 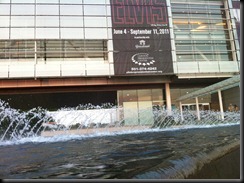 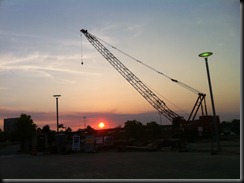 The sunset in front of the library was really gorgeous. . . except for the crane, but that’s the way it was.

In the middle of all of this convention excitement . . . Little Bit was born, so that’s why I haven’t posted these pictures until now.  I’ve been a little busy.

PHOTOGRAPHERS
All these pictures (except where noted) were taken by me with my iPhone4.  None of these pictures were edited, although some of them I did use the HDR feature which takes two pictures and combines them for the best possible image.