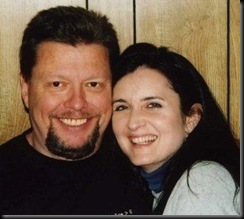 Yes, twenty-two years ago today Santa and I got married in a little church in North Arkansas. . . and as they say the rest is history. LOL! I love him more than he will ever know. There aren't enough words to say what Santa means to me, and I don't guess there ever will be. He's the BEST husband I could ever hope for and God has really outdone Himself with Santa. 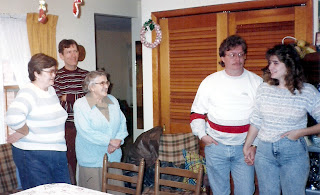 1988 - This was the Christmas before we got married, my mom and dad and Aunt Kat looking at us.  That was more than 22 years ago.

So the “story” of the day we got married is this:

Santa and I had lived together for about 9 months before we got married, basically because I didn’t have anywhere else to go.  But when Santa said he thought we should have a baby, this little old fashioned girl came out from inside of Mrs. Claus and said, “We ain’t having a baby unless we are married.”

So when we got married I spent the night with Santa’s sister at their house while Santa spent the night at his mom’s house.  Lollipop and Tootsie Pop were in the wedding and they stayed with my mom and sister at the hotel room.  The morning of the wedding I got up and went over to the hotel to help get them ready . . . it was early and I did drive around a little while before I woke them up.

While I was driving I was arguing with myself if I really knew what I was getting into, and the very first thought that came in to my head was, you should call Santa and ask him.  Then I thought, that’s crazy, I’m going to call the guy I am about to marry and ask him if he thinks it’s a good idea?  But yeah, then it hit me. . . . If this is the person you want to call first, then he’s probably the guy you should marry.

Little did I know that Santa had called his sister’s house to check on me and she told him that I was gone.  I had his car (for some reason) and he had my car, so his sister told him that I took of in his car and they didn’t know where I was. LOL!  Of course, this was in the days before cell phones were everywhere and Santa had to wait it out until someone could find out where I was.

We got married (obviously) and then spent our honeymoon in Nashville, TN at Opryland.  Mainly because it was close to Memphis where we lived and also because we only had the weekend, we both had to go to work on Monday.

Oh yeah and I stopped taking birth control the day we got married.  Ten days after we got married Santa had to go on a business trip to Germany, for ten days.  While he was gone I found out I was pregnant with Skittles, and when Santa came home the girls and I  had made a banner that said, “Welcome Home Daddy!”

Here are some pictures of Santa that I really love.  I hope you like them too. 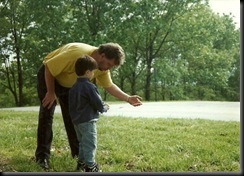 Skittles and Santa teaching him how to fish. 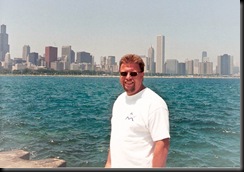 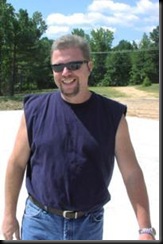 Santa with Reese’s at Thanksgiving. 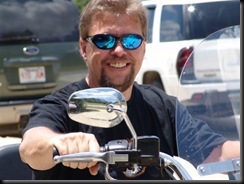 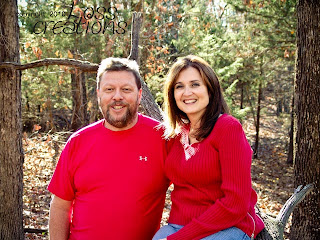 Happy Anniversary, Santa, I love you!