Yes, I know, what kind of post title is this?  War and bees don’t go with VBS . . . do they?  Not normally, but last night was the “Great War” and the end of the competition for our students. 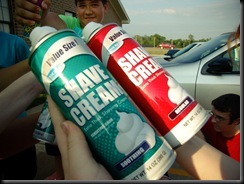 The “Great War”, as it has become known, consists of shaving cream, water balloons and silly string.  A kind of “food fight” cornucopia without the food.  It started at children’s camp many years ago and has since been banned, but was the revenge of the losing teams on the winning team at last night’s final fun night. 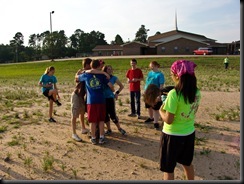 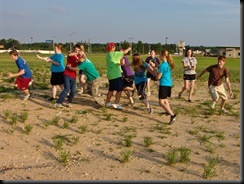 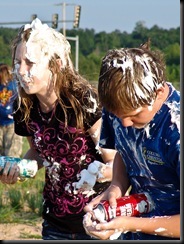 Then it was ON! 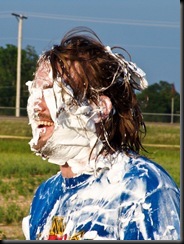 But you said . . . “Bees?”  Yes, while the kids were inside (due to the bees) having their VBS kickoff, we were behind the church having war. 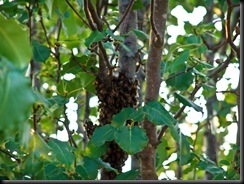 This is one of the trees in front of our church. 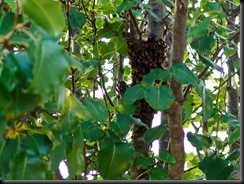 A swarm of bees had gathered and a “bee guy” had to be called to try to capture them. 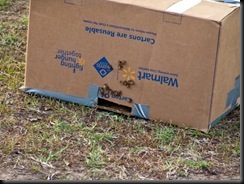 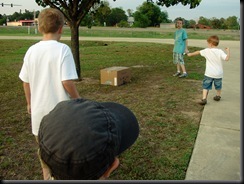 Some of the boys were curious, but the parents (on the driveway beside me) were telling them to stay back.  I thought this was so crazy . . . we just don’t normally see swarms of bees where we live.