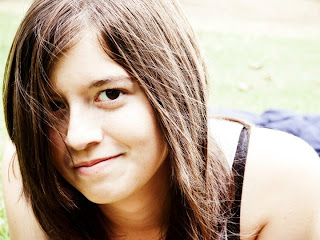 Today is Reese's 18th birthday and today, especially today, I am thankful for Reese's.  Some of you may already know the story of how and why Reese's is here today.  But for those of you who don't know, here's the story.


A girl I worked with was going to try to have a baby and she thought it would be fun if we had a race to see who could get pregnant first.  So she challenged me to this race and after Santa agreed I stopped taking birth control.  Little did I know, this girl had already been trying to get pregnant for 3 months before she challenged me to this race.  But In February I found out I was pregnant!  Woo hoo!  AND Reese's is 6 weeks older than her son.  Because Mrs. Claus has 4 little helpers and the second I got off birth control I got pregnant every single time.


I am so thankful for Reese's she puts a smile on my face.  She was the best pregnancy and the EASIEST delivery of all four!  If I could have THAT pregnancy every time  I would have a houseful.  Delivery was a breeze, a couple of hours . . .maybe 30 minutes in the delivery room and NO STITCHES!  Woo hoo!  She was the absolute best!


After this baby I had my tubes tied and if it hadn't been for that incision I would have felt like going back to work 2 days after I got home from the hospital.  Seriously, it was THAT good.  Almost the second they handed her to me she SCREAMED and she didn't stop until she was almost 9 months old.  In between 9 months and a year, I still was not convinced it was over, so I was always waiting for the colic to return . . . you know kind of on the edge of my seat. 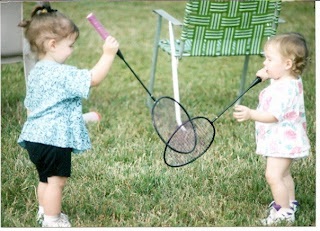 It wasn't until Reese's was about this age that she really got over colic and I could enjoy her.  Wasn't she sooo cute?  (Reese's is the one in the black shorts.)


Now days, I am LUCKY to get a good picture of her because she is such a clown. . . 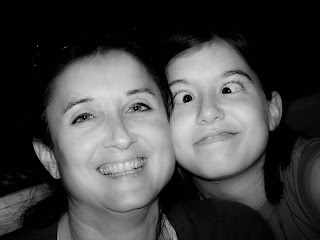 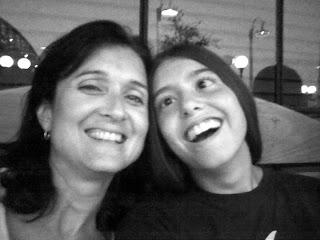 See what I mean?


So on those rare occasions 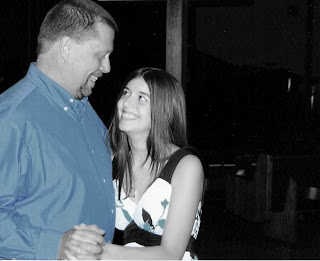 when I do get a good picture of her 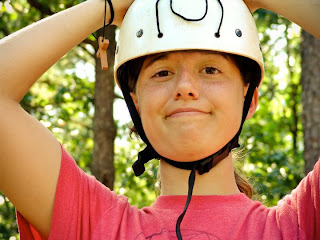 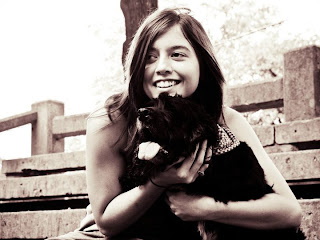 Email ThisBlogThis!Share to TwitterShare to FacebookShare to Pinterest
Labels: 2010 Giving Thanks Challenge, reese's